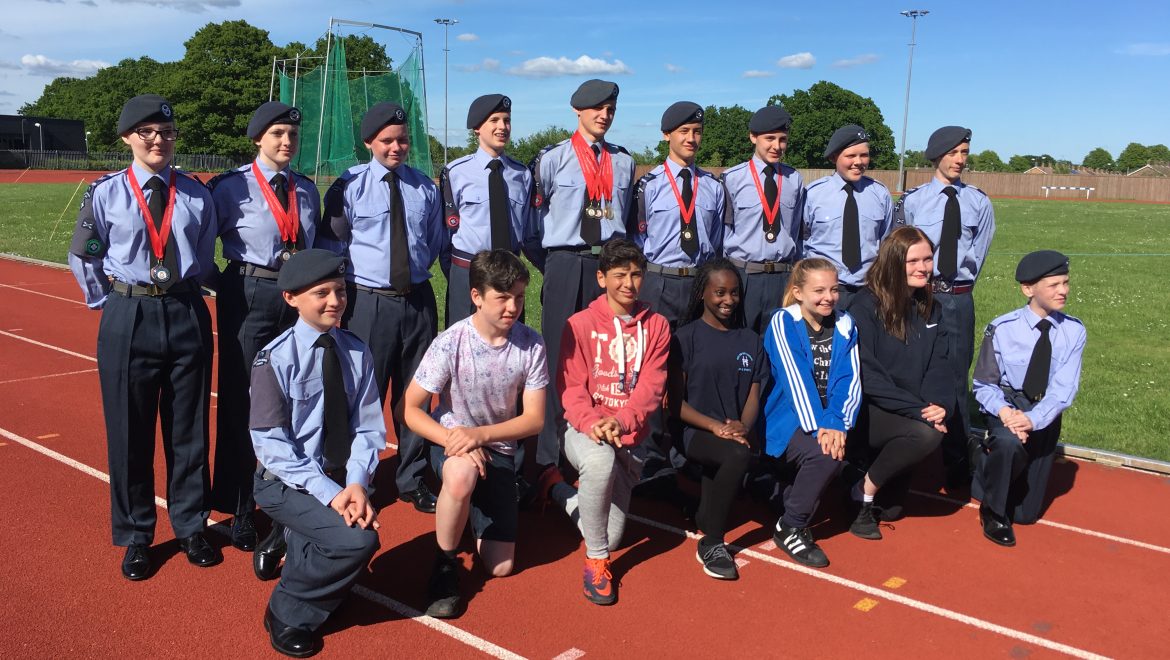 16 Cadets from 176 (Hove) represented their Squadron today, at the 270th Annual Athletics Competition.

We set off bright an early and for some, this was their first outing as a new Cadet of the Squadron.

Throughout the day, the team took part in the track and field events. Running, jumping and throwing as fast and as far as they could, all to make their effort contribute towards the overall team score. We were quite a young team, which meant that some of the athletes were competing against others, who were a little older or in the year above. But this did not deter or faze 176 (Hove) Squadron. Every single member of the team gave it their all in every event, and they can certainly go home tonight feeling proud of themselves. For some Cadets, this was even their first time in taking part in their actual event.

There were some outstanding displays of sporting prowess today, which resulted in lots of well deserved individual medals being won. But equally impressive, was the teams support for each other. Everybody got involved, cheering and congratulating each other. There may be a few sore throats tomorrow, as we certainly were the loudest!

Overall this was a great day out for the Squadron. Well done Team 176 (Hove) Squadron.